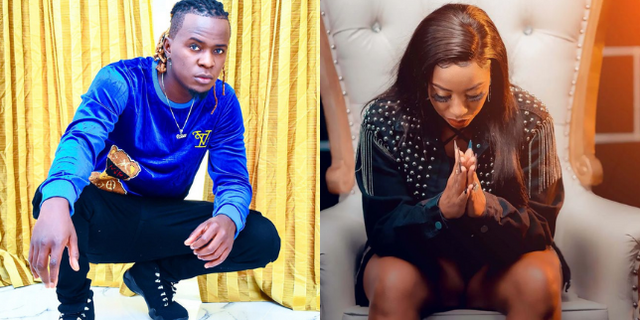 Content creator and singer Diana Marua has been ordered to pull down a video in which she had accused musician Willy Paul of attempting to rape her.

According to the order issued by Senior Principal Magistrate D.W Mburu on December 29, 2021, Diana was also barred from making any more allegations about Willy Paul.

“It is hereby ordered that the defendant/respondent’s video and social media post posted on her YouTube channel titled My untold story, Willy Paul attempted to rape me, be pulled down pending the hearing and determination of this suit as it is prejudicing the plaintiff/applicant and making him lose business opportunities and making him suffer health-wise.

“That the defendant/respondent herein either by herself, her servants, agents, assigns or any other person spreading the video circulating the same is hereby restrained by an interim injunctive order of the court from defaming, spreading and continuing to defame the plaintiff/applicant pending the hearing and determination of the suit,” read the magistrate’s orders.