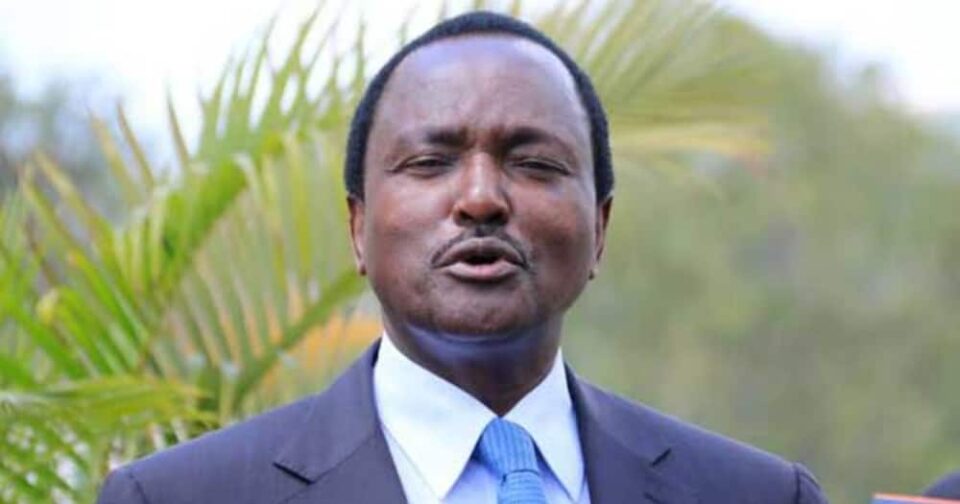 ANC National Delegates conference at the Bomas came with a share of unexpected surprises even as ANC party supporters were warming up for the big announcement from their party leader Hon. Musalia Mudavadi

A number of likeminded top political friends had been invited and it was not a political mistake that Wiper leader Kalonzo Musyoka’s seat was placed right next to that of DP William Ruto at the ANC National Delegates Conference.

This was a well-calculated move by the organizers probably to ensure Ruto and Kalonzo sit next to each other and have a chance to engage in the game of political seduction.

If Kalonzo would have sat next to Ruto at the event, the UDA boss would have loved every second of it.It would simply mean that Kalonzo was warming up to Ruto and his wheelbarrow story.

However, a witty Kalonzo together KANU Boss Gideon Moi saw the trap and bolted even before Ruto arrived.Indeed, Kalonzo took issue with the fact that Ruto’s seat was placed next to his at the Bomas event.

Kalonzo did not like the arrangement one bit – and made his feeling clear to Ford Kenya Leader Moses Wetang’ula as he was walking out of Bomas on Sunday, January 23.

“You see, Ruto’ seat was right next to mine…” Kalonzo could be heard speaking to Wetang’ula on their way out.

Since politics is a game of perception, Kalonzo may have feared what message this would portray to Kenyans and his supporters.

This comes just days after Ruto took a swipe at Kalonzo when he visited Ukambani.

Meanwhile, Kenyans are left wondering what will become of OKA after Gideon Moi and Kalonzo walked out from the Mudavadi event in protest.

Indomitable Lions out to Subdue Minnows Comoros in the Knockout

Raila To Get Nairobi Road Renamed After Him in New Motion

ANN WAIGURU: I Have No Enough Funds to run for the Presidential seat come 2022

UDA EXTEND THEIR HAND FOR OKA