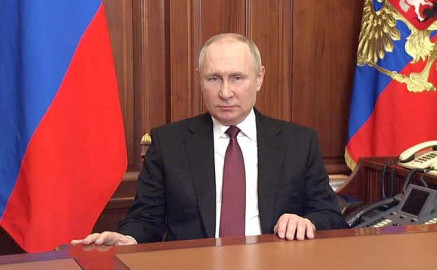 Kenyans living or studying in Ukraine have been urged to vacate the Eastern European nation after it was invaded by Russia on Thursday.

The alert was issued by Kenya’s embassy to Ukraine based in the country’s capital Kyiv.

“Following the escalating tensions and the attack on Ukrainian territory by the Russian Federation on February 24, 2022, all Kenyans living or studying in Ukraine are hereby advised to urgently consider leaving Ukraine and stay away until further notice,” the Embassy said in a statement.

“Those wishing to remain are strongly advised to exercise increased caution.”

Other African nations such as Nigeria have already announced plans to evacuate their citizens from the country following Russia’s invasion.

The invasion, according to Russian President Vladimir Putin, was allegedly sanctioned to protect the independence of two self-proclaimed republics within Ukraine, Donetsk and Luhansk.

The two regions were captured by Russian-backed rebels after Russia invaded Crimea in 2014.

Effects of Covid 19 In ending FGM

The biggest talking points from UFC 276 as Adesanya Defends Title