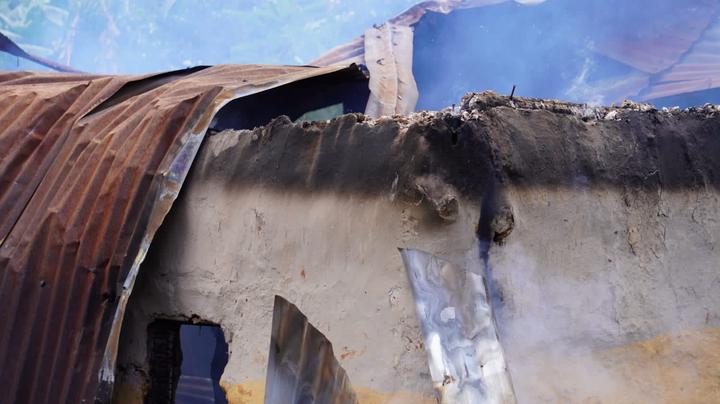 Four elderly villagers on Sunday were torched alive on suspicion of carrying out witchcraft.

They were murdered at Nyagonyi villages in Marani Kisii following the night abduction of a secondary school student found unconscious on the path to his house.

He was said to have been abducted previously under mysterious circumstances and had been sickly. When villagers spat on him he regained consciousness and began to speak, setting off a frenzy, witnesses said.

Three of those lynched were women, one was a man in his mid-80s. Police said the lynch scenes had already been set ablaze by the time police arrived.

Residents said the murdered four were part of a coven of witches who lured out the Nyagonyi Secondary student as he studied in his house on Saturday night.

Villagers said he had been bewitched and victimized before.

“I think this is the fourth time if not the fifth time they are abducting him,” resident John Getuma said.
A cross was planted outside his house the night before he was abducted,” he said.
“He has been sickling all through. In fact, the parents have already sold everything to treat him,”  Getuma said

One woman was dragged from her house where she had locked herself in. She and the house were set ablaze.

Resident Moraa said she was about to go to her farm when the alarm was raised.

“At first we did not know what had happened but when I moved near we found the boy lying down and all the people were ordered to spit saliva on him.

“When they spat on him, he began to talk and that is when the women were seized and set ablaze by he mob,” she told journalists.

Two others, a woman and the elderly man, were lynched and set ablaze after they were mentioned by the first suspects.

The student’s father declined to speak to journalists.
By press time, the hunt for more suspects was underway as armed youth ransacked the villages.
Police in Kisii identified the deceased as Jemima Mironga 60, Agnes Ototo, 57,Sigara Onkware, 62, and Sindege Mayaka, 85.
A fifth suspect was reportedly set ablaze at the Sensi area but police were yet to confirm any killing by press time.
County police commander Francis Kooli however said a team was investigating.

ALFRED MUTUA: Kalonzo Will Never be The Kingpin of Kamba Nation After Loss of by-elections